What is Automotive Aerodynamics?

Cars these days are designed to solve the following problems caused by poor airflow around the car (which is called drag): 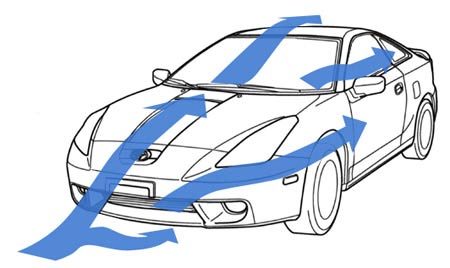 Modern cars are designed with aerodynamics in mind, but there’s always room for improvement. If you’re interested in improving your car’s aerodynamics, here are five ways to do it: 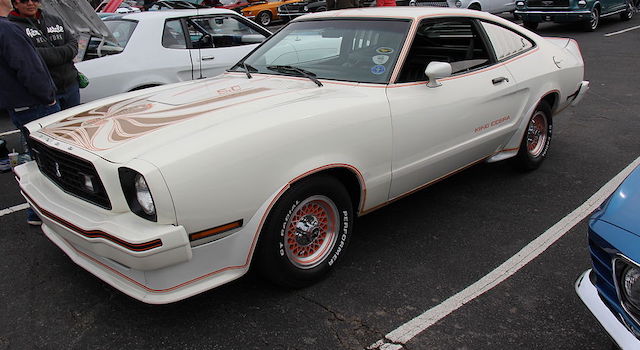 Many car owners add a front dam for aesthetics, but a front dam serves another purpose, which is to redirect air and to improve the vehicle’s aerodynamics. More specifically, a front air dam increases downforce and decreases drag by decreasing the amount of air flowing underneath the car.

Air dams can be pretty expensive, though. Plastic and carbon fiber air dams can run you up hundreds or even thousands of dollars. Unfortunately, these parts tend to break easily.

Luckily, there’s an affordable alternative to air dams: an All-Fit lip kit. It functions just like an air dam for a fraction of the price, and it’s much more durable due to its flexibility. In fact, an All-Fit lip kit can last a long time in an endurance race without ripping or tearing. Team Sahlen uses All-Fit lip kits on their Porsche Caymans, and it has helped them win races. 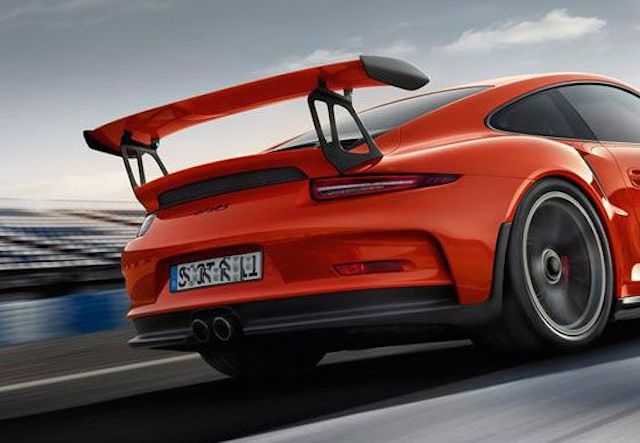 A wing is a large component installed on the rear of the car. It has the same profile as an airplane wing, except that it is mounted upside down as compared to a plane. Air flowing over the wing creates downforce, which increases traction. This allows for higher cornering speeds and better braking. 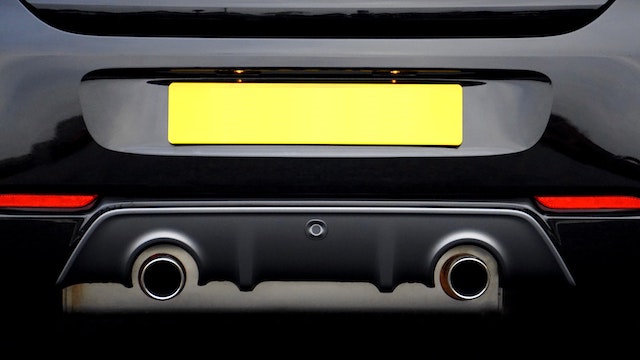 A diffuser is a shaped piece of trim installed underneath the rear of the car. The purpose of having a diffuser on your car is to suck the car onto the track, which creates higher grip levels. This type of grip is called an aerodynamic grip. This solution won’t work on all cars, though. Some cars have a body shape that makes installing a diffuser impractical.

4. Add a Spoiler to the Rear of Your Car 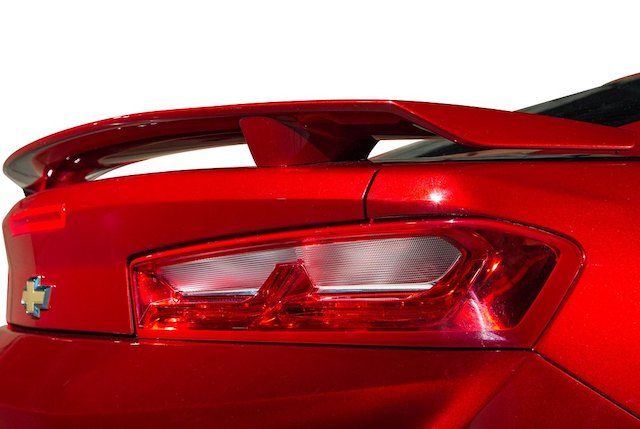 Spoilers work differently than wings, but they serve a similar purpose. A spoiler is a piece of trim 4″ to 6″ tall positioned right on the rear edge of the trunk lid. It works by damming up the air moving over the trunk lid. This helps eliminate the vacuum caused by the trunk lid being below the roof. The effect is to create more downforce.

Before you drag a leaf rake across your car (we’re cringing just thinking about what this could do to the paint), let us explain what raking your car means.

Raking the car simply means lowering the front end to achieve a slight wedge shape under the car. This helps create suction under the car, which improves grip, speed, and cornering. However, this modification doesn’t work well on all cars, as it can unbalance the suspension. An affordable way to create a similar effect is to install an All-Fit lip to the front of your car.

How To Install All-Fit Rim Trim

One of the best ways to transform your vehicle’s appearance is to install a set of All-Fit Rim Trim on your rims. It’s an affordable solution that: Protects your rims from curbs and other objects that can damage your rims Amps up the appearance of your wheels All-Fit Rim Trim is available in a variety…

How To Protect The Plastic Trim Under Your Front Bumper

Have you ever wondered why your bumper comes with a piece of plastic trim on the bottom? It’s to protect the bumper. Bumpers can only absorb minor impacts or scrapes without getting damaged. Bumper damage is still common, though. There are many different ways your bumper can get damaged. For instance, the following things can…

How To Keep Your All-Fit Bumper Lip Kit Looking New

Since the All-Fit Lip sits close to the ground, it gets dirty really quick. Even though the durable lip requires zero maintenance, it’s a good idea to clean it once in a while to keep it looking nice and new as ever. Can I Wash My All-Fit Lip With Soap and Water? You can wash…

2 Great Reasons to Secure Your Bumper Lip With Screws

Most (if not all) bumper lips, including the All-Fit Lip Kit, come with 3M adhesive. While it’s excellent stuff, it’s no substitute for a physical connection. While 3M adhesive can make a bumper lip stick securely to the bumper for period of time, there’s no guarantee that it’ll stay on indefinitely. Most aftermarket lips, spoilers,…

If you’ve driven off road more than a couple of times, you’re probably not a stranger to rock rash. It’s pretty much inevitable. However, your rims don’t have to get beat up when you go off-roading. There are a few ways to protect your rims from rock rash. Image Credit: chenbro 1. Use Tires With…

How to Apply Door Edge Trim

Looking to replace the door edge trim in your car? We have just the tutorials you need! To find out how to remove the door edge trim, check out this tutorial. Read on for instructions on applying new trim to your door edge. This is an easy job anyone can do, so hiring a specialist…

Bumpers are designed to absorb minor impacts when bumping into a curb, speed bump, or something else. If they do get damaged, they can be pretty expensive to repair or replace. That’s why some automakers add a plastic strip (also called a front lower valance or air dam) to the bottom of the bumper on…

How to Make a Quick Release Bumper Cover

Bumper covers or standard bumpers can be quite expensive to replace. Even a single broken mounting tab can lead to the bumper cover dragging on the ground. Rather than blow hundreds of dollars on a new bumper cover (the plastic or fiberglass that fits directly over the bumper), you can make a quick release bumper.…

How to Diagnose and Fix a Dash Rattle

A rattling in your dash is probably one of the most annoying noises to hear while driving. It’s a never ending noise that comes right from the inside of your car. The dash rattle is commonly caused by two adjacent dash parts vibrating against each other. Luckily, there are easy ways to fix this issue.…

How to Remove the Door Edge Trim

Do you want to change up the color of your door edge trim? Or, are you looking to trade your car in and you need to return it to stock? We’ve got you covered. Removing the door edge trim is an easy job that can be done within minutes. Read on to find out how.…

If you accidentally gouged a wheel rim by running it into a curb or something else, you’re not alone. Curb rashes are incredibly common. In fact, they’re so common that companies have come up with lots of ways to fix them. Let’s take a look at a few of the most common ways to repair…

How to Install All-Fit Gap Trim

Four Ways to Lower Your Car

There’s more than one way to get your car to sit lower to the ground, and all are not created equal. Take a look at our new graphic that outlines the four most common methods for lowering your car (or simply giving it a lowered look). We may be biased, but we believe that the…

Add a Lip to Your Car the Easy Way

When it comes to lip spoilers, there are so many different material types available: fiberglass, ABS plastic, carbon fiber, and various synthetic rubber compounds, to name a few. Generally, there are two types of lip spoilers: hard and soft. A hard lip spoiler is made of hard material – typically plastic or fiberglass – and…

All-Fit Lip Kit Installation Guide – Everything You Need to Know

Debris and road grime can damage your vehicle. Protect it with a lip kit from All-Fit Automotive! Our universal lip spoilers install easily, without hassle. They provide a durable layer of protection against scratches and dents that ruin a good looking vehicle. Are you wondering how to install a splitter and want to know how…

How To Personalize Your Car With Mods | All-Fit Automotive

No matter what car you drive, you want something you can be proud of. Having something unique that matches your style is important. With so many options, however, it can be difficult to know just how to personalize your car in a way that will best fit your lifestyle and personality. One of the best…

Your vehicle is a reflection of yourself, so it has to have as much personality as possible to stand out. Modifying it is a great way to accomplish this, but how do you balance style and function? What about avoiding stuff that looks cheap, but will keep you in budget? There are a lot of…

5 Ways to Save Big on Vehicle Maintenance Costs – Blog

We’ve all been there before: you take your car to the shop for routine maintenance and then you get a huge bill back. Yes, many vehicles can be pretty expensive to maintain over the years, but with some strategies, tips, and priorities on when to skimp or spend, you’ll be able to lower your vehicle…

Whether we like it or not, winter is here. That means long nights, cold mornings, and cars that don’t want to start. Aside from checking your antifreeze (that’s engine coolant for those in warmer climates), there are a lot of things you can do to get your car prepped for winter. Here, we’ll go over…

Building your own custom car can be a lot of fun but it can also be a lot of work. The best plan of action is just that—make a plan. It’s easy to walk into an auto shop and fantasize about a specific exhaust or lip kit. However, before you start buying the finishing touches,…

How to Improve Your Aerodynamics | All-Fit Automotive

When it comes to your car, you spare no expense. You get your oil changed every 3,000 miles. You stay up to date on scheduled maintenance. You might’ve even invested in a few valuable aftermarket upgrades. You want to maximize your fuel economy and get a stylish, comfortable ride. But have you given any thought…

How to Avoid Getting Ripped Off By Your Auto Mechanic

Many car owners have left the mechanic shop with a sinking feeling that they’ve been scammed. Hey, we’ve all been there at one time or another. But by thinking ahead and following these tips from All-Fit Automotive, you’ll never have to endure that terrible feeling ever again. Get Repairs in Writing When dealing with a…

Bumper Lip – How to Install Your All-Fit Lip Kit

You really don’t have to spend that much time or energy upgrading the performance of your car. Our bumper lips are a great example. An All-Fit Lip Kit will improve the traction your car gets on the road by changing the way outside air acts on the body of your car. This upgrade is very…